Get out there this winter… with some cross country or fell races! 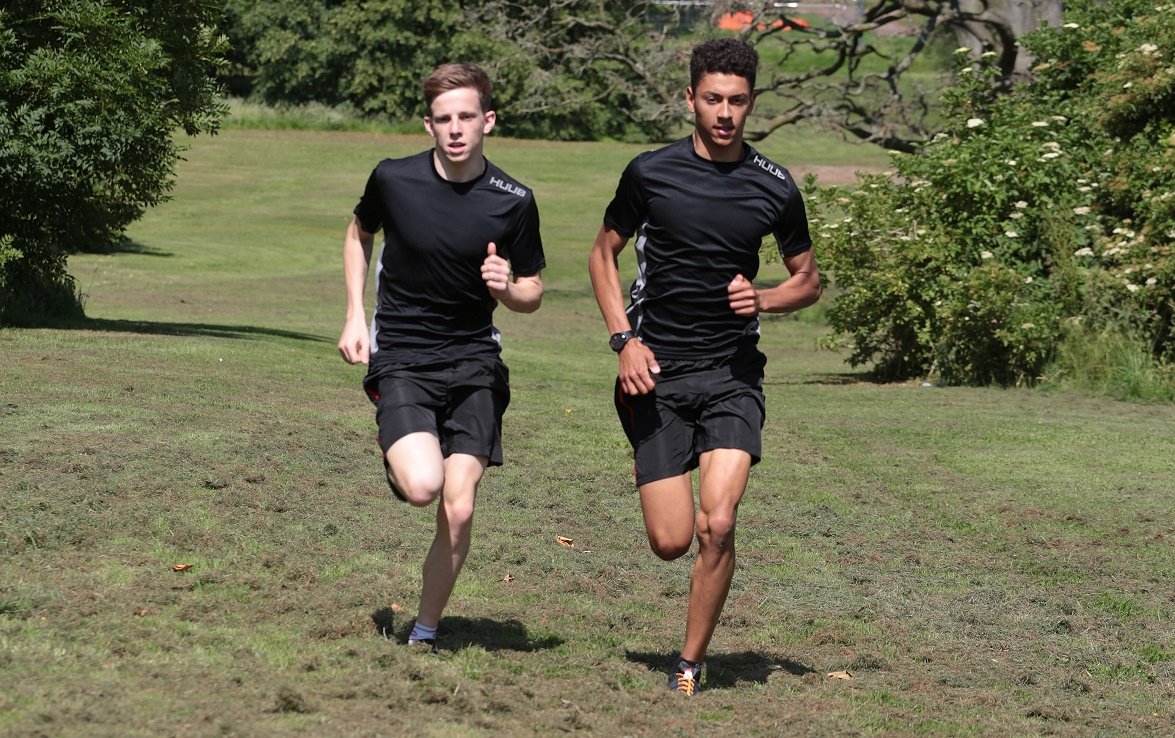 Get out there this winter… with some cross country or fell races!

Tis the season to, well, run some cross country or fell races obviously. Not to be confused with a Santa Fun Run, but you should be able to spot the difference fairly quickly.

Fell runners have craggy faces, torn clothing of a certain era, and studded fell shoes which never get washed from one race to the next. Cross country runners are usually a bit younger, with barely any clothing on and vicious spikes on their feet. If the runners are jolly faced, wearing red trousers and wellington boots it's probably the Santa Dash.

HUUBsters Ben Dijkstra and Alex Yee are awesome national cross country runners. Alistair and Jonny Brownlee were top of their cross country racing game too and still win fell races. So don’t shun getting a bit muddy over winter, and get stuck in there!

Keep on running, whatever the flavour of run you take on

Keeping momentum going during winter can be hard going but it’s vital to keep your fitness levels maintained, lest you feel the burn when the season is back in the spring. Pounding the streets at night can feel a little soulless, and so why not mix it up a bit with different kinds of running?

Cross country races and fell racing are similar - but different in some key ways - and we implore you go and enjoy them over the winter. Fell racing is possible all year round, here in HUUB’s native Derbyshire there are weekday evening fell races all through the summer, and a full calendar for the weekends.

If you are considering getting into SwimRun, you’ll find running off-road good practice too. And if you fancy adding in some off road triathlons to your race calendar in 2017 it is good to test yourself with some winter off road running too.

Fell running is great for balance and ankle conditioning

Let's start with the less daunting fell racing, avoiding the topic of cross country for the minute, just like we all tried to avoid cross country in our school days.

Generally fell racing is hilly, muddy, rocky, woody, boggy and sandy. These are some of the words used to describe, what is usually, a one lap race. Sometimes you get a little bit of each of the described in one race alone. You will usually come home from a fell race dirty. However, we don’t want to put you off and we want you to go and enjoy them.

The format of fell racing is fairly straightforward where how much running up and down hills is the chief component. Fell races have different ascent categories with Category A averaging 50 metres climb per kilometre, no more than 20% on road running and at least 1.5 kilometres in length for instance. There are also different length categories with Category L, for instance being a 20+ kilometre distance.

Some races will send you straight up to the top of a cairn or trig point and back down again. Other races will have you running down and then up a dale repeatedly with lots of ascent and descents.

Though it may seem hard to believe, running up is considerably easier than running down. Running or speed walking up is very simple; it’s hard work, but nevertheless it is simple. Running down is a whole different experience and requires you to let go, dance on the ground, bounce off the rocks, lean forwards and just fly.

Learning how to run down hilly terrain at speed will take you to the edge of terror. Once you have learned to do it well it will split you from the rest of the pack, and you will leave an otherwise good runner miles behind.

Maddeningly the wizened old boy in his torn 1970s thermal top who looks like he needs a pair of carpet slippers will be the fastest descender in the field, because he has been doing it for years.

You will need a pair of studded fell shoes which fit well and don't rub your heels when soaked through.

At risk of making yourself looking like an over-kitted newbie, you will definitely NOT need:

A number belt is actually a good idea if you are unsure what your top layer is going to be.

If the race is run under FRA (Fell Runners Association) rules, do read the rules about what you need to carry, it's for your safety and may save your life. Many races are out in the open country in remote upland areas. The Original Mountain Marathon hit the mainstream news in 2008 when thousands of runners were stranded by flooding just after setting off into the Lakeland hills. Runners needed their safety kit that night, so don’t scrimp.

We suggest you carry your kit in a bumbag or running bag. In it, you may need to carry anything ranging from a map, compass and whistle to full body cover. If the full body cover asks for taped seams and fixed hood, take them, or run the risk of not being allowed to start.

Whatever you do don't jettison anything after the kit check, you will be banned from races, and then named and shamed on the FRA site. In the meantime learn to use the compass, it's not rocket science, and maybe using a club session on a winter evening would be the perfect place to master it together.

Rekindle a love for cross country

Cross country racing is not at all like the cross country we had to endure school, where most pupils usually end up hiding behind a tree. This format of racing is usually fast and on a marked out course and will probably be run in laps.

There are local leagues all over the country, usually with the first, say, 8 men and 5 ladies in a club as counters. But, everyone in the club goes and enjoys the race whether they count or not.

County and regional races are run in age groups. For the youngsters in two year bands and adults in ten-year bands, and then there is a category for vets. The range of ability is broad, and you will often see whole families racing through the day’s events. You may need an English Athletics number to race, if you are a club member check if you have one.

Spikes are the footwear of choice at cross country races, though a pair of studded shoes will get you round the course. A pair of racing flats will get you nowhere however, so clad your feet appropriately!

Shorts, vests, crop tops, gloves are about the sum of the kit you will see on the start line. Make sure to avoid the schoolboy error of wearing warm thick socks. They will get soaked at the first river crossing and make for an uncomfortable race.

The course you follow will be a mix of grassland, woodland, a river to run through, and it’ll be vaguely hilly. The distances will be generally set for each age group across all the races in a series or area. There are no race numbers at cross country races, when you finish you line up in single file in the finisher’s funnel and are handed a number with your position. It is very bad form to overtake people in the finisher’s funnel, so put those elbows away! If you stick to mid-pack racing with familiar faces at each race it is a great way of racing each other. You don't necessarily have to be at the sharp end to have some great head to head battles!

The two most important bits of kit are:

If someone is still in their wellies on the start line, you've got the wrong race.